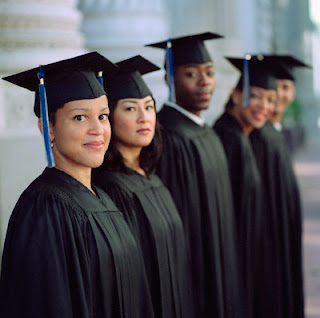 In 2007, economists at Harvard University and the Massachusetts Institute of Technology released a study that captured considerable public attention and infuriated many educators at historically black colleges. Their finding was that black graduates of historically black colleges had a wage advantage over black graduates of other institutions in the 1970s, but that the advantage had been reversed by the 1990s.

A new study on the topic -- by economists at Morehouse College and Howard University -- has received much less attention. The research, published in The Review of Black Political Economy (abstract available here), finds that black graduates of black colleges continue to have a career advantage over black graduates of other colleges. The new study covers the same time frame as the previous one, and so extends well into the era of desegregation. That's crucial because much of the speculation about the previous study was that predominantly white institutions have become better at recruiting and graduating black students, and at attracting top black students who had far fewer options in the Jim Crow era.

The new study used a different database and a different methodology, and one author says that those approaches lead to a more accurate reflection of where black Americans are in their careers and lives. Previous studies have used national longitudinal databases, while the new study is based on the National Survey of Black Americans, which the authors argue is a better tool for studying black Americans. Further, the new study employs the Duncan Socioeconomic Index, which gives credit not only for wages, but for working in high-prestige professions.

Gregory N. Price, chair of economics at Morehouse and one of the authors of the paper, said that the database he and his colleagues used was "more robust" than any of the national ones, such as College and Beyond.

Further, he said that the broader definition of career success (going beyond salary alone) was also appropriate. For "a whole array of fields," he said, career success for black Americans may not have the same impact on wages as does career success for others. For instance, black doctors and lawyers who opt to work in low-income urban communities are in fact successes, he said, even if they may earn less than if they sought the best-paying jobs available for those in the medical and legal fields. Many black colleges in fact encourage graduates to think about careers that serve African American communities, and to define career success beyond money alone. (The other authors of the paper are William Spriggs and Omari H. Swinton of Howard University.)

At the same time, he acknowledged that "different databases can yield different results." He said it was important that these findings be added to the discussion when people discuss the impact of attending a black college. Price agreed that the study from the Cambridge-based scholars had received much more attention than the one he and his colleges did. "MIT and Harvard are nice addresses to get a lot of attention," he said.

Asked why he thought black colleges continue to have a greater impact on graduates' career success than other institutions, Price cited mission and history. "We have a historical comparative advantage," he said. "Some of us have been doing this since emancipation."

Inside Higher Ed
Posted by HBCUX at 5:00 AM