Should rich kids be ineligible for college scholarships? 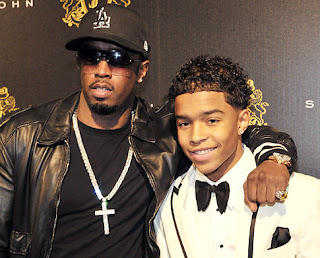 Hip-hop mogul Diddy is worth $500 million, and his son just landed a full-ride, merit-based scholarship to UCLA. Where's the justice?

Among the graduating high school class of 2012 is one Justin Combs, who finished his senior year with an impressive 3.75 GPA and an equally impressive record on the football field. UCLA rewarded Justin's accomplishments with a full, $54,000 merit-based scholarship and a spot in the school's storied football program. The twist: Justin is the son of hip-hop mogul Sean "Diddy" Combs, recently named the wealthiest man in hip-hop by Forbes. With California's state schools facing deep cuts, UCLA's decision to offer Justin a chunk of its scarce resources is being widely criticized. Should the Combs clan give back the money? Or should the size of Justin's dad's bank account even matter?

Justin shouldn't keep this money: Here's the bottom line, says Dennis Romero in LA Weekly: "The son of a guy worth nearly half a billion dollars" doesn't need a free ride to college, especially to "a school where student tuition and fees have nearly tripled in the last 10 years." I mean, this is a kid who poses in front of "a $300,000-plus Maybach," likely the car his dad got him on his 16th birthday. Now that's "a free ride that could pay for half dozen full-ride scholarships to UCLA."
"Combs gets full scholarship to UCLA as many students struggle"
The kids of millionaires deserve recognition, too: "I'll cop to a little jealousy" about Diddy's fortune,says Jeanne Sager in The Stir. But Justin earned this scholarship through hard work in the classroom and on the field, and if we take it away because of Diddy's cash surplus, we're sending a message to all kids: "There is no reason to have a work ethic." That's a failure of parenting.
"Kids of rich parents deserve college scholarships too"
It's Justin's decision: It does seem like, in a world of spoiled Kardashians and "Sweet Sixteen" reality TV brats, we should reward a hardworking scion, says Amber Doty at Babble. But I have to say, "my knee jerk reaction was that the Combs' and families like them should absolutely refuse the scholarship." It's inarguable that some other kid could use the $54,000 scholarship more than Justin Combs. But in the end, it's his scholarship to keep or give up, and I'm "not sure what the right or wrong answer is."

By The Week's Editorial Staff | The Week
Posted by HBCUX at 4:33 AM