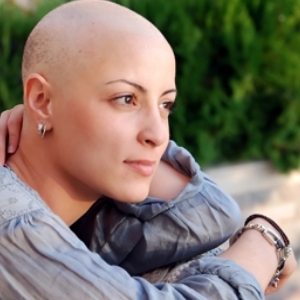 
CHICAGO - Mario Alberico got his education in oncology the hard way. He has lived with cancer and the long-term effects of his treatment for most of his life.At 51, Alberico has finally assembled a team of doctors near his home in suburban Chicago to manage his care. Before that, he saw one doctor after another who failed to recognize serious health problems that stemmed from radiation and chemotherapy drugs used to treat his bone cancer decades earlier.

During his senior year of high school, Alberico, the seventh of nine children supported by his widowed mother, got radiation and rotated through 4 different chemotherapy drugs at high doses that eradicated the cancer. Each one of those drugs can have grave long-term effects.
As Alberico and many other cancer patients have learned, most doctors outside the community never learned about the impact cancer treatment may have on the longer lifespan they fought to achieve.
That has deep implications for the ranks of U.S. cancer survivors, which have quadrupled to nearly 12 million people since the 1970s, according to the National Cancer Institute.
Alberico has already had several close calls. The most alarming episode happened about 10 years ago, after he attended a seminar for survivors. There he learned that adriamycin, one of the chemotherapy drugs he was treated with 24 years earlier, can affect heart function. Alberico consulted a cardiologist who found that he was on the verge of heart failure.
"I never had any symptoms," said Alberico. "I would have been dead two or three times over incidents like that.""Once you're finished with the oncologist and you're sent back to a family doctor, it's a time bomb," said Alberico, an artist and active advocate for cancer survivors.
A survey of 1,072 primary care doctors (PCP), which include internists and family practitioners, showed that 94 percent of them were unaware of the long-term side effects of four of the most commonly used chemotherapy drugs used to treat breast and prostate cancer.
The findings were presented at the American Society of Clinical Oncology meeting in Chicago this past weekend.
Heart problems, such as those Alberico experienced, are common long-term side effects of chemotherapy drugs. Others include osteoporosis, nerve damage, early menopause, infertility, leukemia, and the recurrence of cancer.
"We are creating more and more survivors and we owe it to them to make sure they have good subsequent care," Dr Michael Link, a pediatric oncologist and former ASCO president. "It is an emerging problem, but it's a good problem in some ways because people are surviving."
Better treatments and an aging population are expected to fuel this trend in the coming years. At the same time, many health insurance plans will only cover oncology visits for a limited period of time, eventually pushing patients back to family doctors or internists.
"Passing off patients in this way is fine if there has been communication between the oncologist and the PCP," said Dr Otis Brawley, Chief Medical Officer of the American Cancer Society.
That means having the oncologist tell the PCP what the patient was treated with, what the potential long-term side effects might be and what to look out for. But it often does not happen. "An oncologist cannot bill for that," Brawley added.
"The thing I'm most worried about is the transitioning of the pediatric survivor of cancer into adult cancer life," he said.
The survey results also showed that about a third of the oncologists surveyed were unable to identify long-term side effects that occur after chemotherapy.
"Oncologists didn't know as much as one would think either. That was surprising," said Dr Larissa Nekhlyudov, a general internist who is the director of Cancer Research in the Department of Population Medicine at Harvard Medical School and lead author of the study.
"When people attack primary care physicians, I remind them that it wasn't long ago when oncologists didn't think about survivorship either," Nekhlyudov said.She said her aim was to highlight a growing problem, and the need to shift from a traditional approach of care that solely focused on acute treatment and getting the patient into remission to helping doctors recognize the long-term side effects and help patients cope. Sharing information is becoming all the more crucial as dozens of new cancer drugs reach the market, each with their own risk profile.
"There's no way a PCP can know all the late effects of these drugs. There's too much and they keep changing," Nekhlyudov said. "This will become more important as a discipline of study. This needs to be taught in medical schools. There's some movement, but very little."
Dr Carol Rosenberg, director of Living in the Future (LIFE) Cancer Survivorship Program at NorthShore University HealthSystem in suburban Chicago, said she recently obtained a grant for a pilot program teaching residents and interns about the long-term effects of cancer treatment.
"If a 50-year-old woman came to the hospital with shortness of breath and had a history of breast cancer, there are a lot of (doctors) who would not know that the drugs could have caused cardiac issues," she said.
"If it wasn't taught to them in medical school, how would they know?" Rosenberg asked.
(c) Copyright Thomson Reuters 2012. Check for restrictions at: http://about.reuters.com/fulllegal.asp
Posted by HBCUX at 4:25 AM