Congratulations Black America, We’ve Made The KKK Very Proud – Letter From The KKK 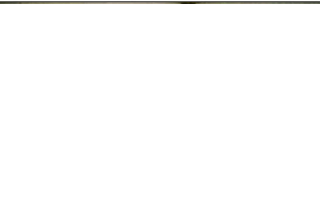 In early 2011, the Ku Klux Klan released a letter applauding young black males for their efforts, and thanking them for their contribution to African American communities.
UPDATED June 25, 2012
By HBCUBuzz.com
EXCLUSIVE BLOG: 53 WHITE People Shot! 10 Dead! One Weekend!

Here’s the letter:
“The KU KLUX KLAN would like to take this time to salute and congratulate all gang bangers for the slaughter of over 4,000 Black people since 1975. You are doing a marvelous job. Keep killing each other for nothing. The streets are still not yours nigger…it is ours. You are killing each other for our property. You are killing what could be future black doctors, lawyers, and businessmen that we wont have to compete with. And the good thing about it is that you are killing the youth. So we won’t have to worry about niggers in generations to come. We would further like to thank all the judges who have over sentenced those niggers to prison. We are winning. Pretty soon, we will be able to go back to raping your women because all the men will be gone. So you gang bangers…Keep up the good work. We love to read about drive-by shootings. We love to hear how many niggers get killed over the weekends. We can tolerate the nigger’s jungle fever (for now)… because that further breaks down the race. To all gang bangers across the world: we don’t love you niggers, but we can appreciate you gang bangers. You are doing a wonderful job in eliminating the black race. Without the men…your women cannot reproduce…unless of course, we do it for them. Then we will have successfully eliminated a race thanks to your help and commitment to killing each other. If most of you nigger gang bangers cannot read this letter, it is ok. Go pull a trigger and kill a nigger.”

As shameful as this is to say, they are absolutely right.
In Chicago alone; 49 were shot over St. Patrick’s Day weekend, 53 were shot over Memorial Day weekend, and this past weekend, 43 were shot. That’s three times in the past SIX weeks that at least 40 plus people were shot over a weekend in Chicago alone.
We are destroying ourselves with guns more effectively then they ever could with a rope. Over the past 86 years, the Ku Klux Klan has murdered approximately 3,440 blacks. Blacks are killing about the same amount of blacks every six months.
The saddest part about those lives that have been lost is that every time someone is murdered, two lives are ended. The victim who lost the most precious gift that can be bestowed to anyone, and the shooter, who will likely spend the majority if not the rest of his/her life inside of a prison cell. They both had the potential to be the next Barack Obama, Malcolm X, Martin Luther King Jr, or Russell Simmons.
Instead they were buried six feet beneath the dirt, or placed behind six inches of bulletproof glass as they watch their loved ones shed tears for a man who they will never be able to embrace again, unless of course they end up in the penitentiary as well.
While my Editor-In-Chief Michael Skolink is in Sanford consoling the family of Trayvon Martin, there are 43 grieving families in Chicago whose loved one’s names will appear on a tombstone – not trending topics, or international news headlines.
We have all expressed our outrage over the tragic death of Trayvon, and rightfully so. He could’ve easily been any one of us. He was killed in cold blood for no justifiable reason. Well, there are literally thousands of young brothers who look just like Trayvon, who just as well could be anyone of us being slaughtered on a daily basis. Not by men who look nothing like George Zimmerman, but men who look just like you and me.
If we were able to unite and rally for justice for Trayvon, but are unable to band together to end this intraracial genocide, the message being sent is clear. It’s okay to murder young black men for trivial reasons as long as blacks are the ones doing the killing.
That’s similar to the stance that some of us use in defense of the word nigger. While I find this to be asinine in defense of a word, it as an utterly unacceptable when it comes to the destruction of a race of people.
If we can voice our opposition to cops killing us, whites killing us, and dictators killing their citizens in different countries, we are obligated to do the same for our own self-destruction. Read more: