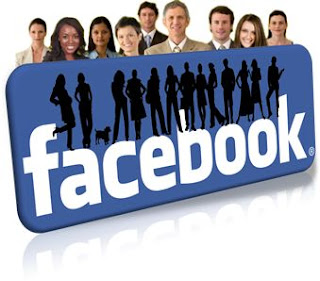 UPDATED June 6, 2012
By Roland Jones
Facebook isn’t only failing to excite investors; it’s apparently leaving its users cold too.
Four out of five Facebook users say they have never bought a product or service as a result of advertising or comments on the social network site, underlining, to some observers, the challenges Facebook faces when it comes to drawing in revenue.
The Reuters/Ipsos poll also found that 34 percent of Facebook users surveyed were spending less time on the website than six months ago, whereas only 20 percent were spending more.
The findings underscore investors' worries about Facebook's money-making abilities that have pushed the stock down 29 percent since its initial public offering last month, reducing its market value by $30 billion to roughly $74 billion. Shares of Facebook closed Tuesday down 4 percent at just below $26.
They are also the latest indication that the website needs to do much more if it is to succeed in turning its 900 million users into advertising dollars, marketing experts say.
“I have never felt that [Facebook] had an advertising model that would generate benefits for advertisers,” said Rob Enderle, an analyst with Enderle Group.
“I think the advertisers will eventually figure out that they’re not getting a return from their advertising, so like General Motors they’ll pull out,” he added. “GM was the early warning here.”
In mid-May, just ahead of Facebook’s IPO, GM’s marketing executives said they would pull $10 million in advertising from the social network after judging the efforts had “little impact” in reaching consumers.GM, the third largest advertiser in the United States, also said it will continue to use the Facebook platform to promote its vehicle brands and operate a $30 million budget for content creation and management.
However, GM’s rival Ford said it plans to do more advertising on Facebook, calling the website a growing and important part of their media strategy.
In 2011, revenue from advertising represented 85 percent of Facebook’s overall revenue of $3.71 billion. In a regulatory filing for its IPO, Facebook warned that the company generates “a substantial majority” of its revenue from advertising, and the “loss of advertisers, or reduction in spending by advertisers with Facebook, could seriously harm our business.”
Repeated visits to social media sites are crucial to their success, noted Larry Chiagouris, a marketing professor at Pace University’s Lubin School of Business. Gauging the effectiveness of an advertising campaign can be difficult, especially when you are trying to influence future purchases by promoting a brand, he added.
“The truth is to be successful you have to engage consumers, but the problem Facebook faces is when people go on the site they are either uploading their own content or looking at what their friends and family are doing, and so they’re not paying attention to any commercial messages,” Chiagouris said.
He added that while Facebook may claim to have 900 million users, a significant number of them open accounts but don’t use them.
“So when you put these two problems together, the results of this survey are not surprising,” Chiagouris said. “In fact, I’m surprised it’s not higher. I would have said nine out of 10.”
Chiagouris added that he thinks Facebook is a “wonderful” service with a strong future that has managed to do what many digital properties would love to do -- build a community of millions online. But he advises investors and marketers not to invest heavily in the website right now.
“When you hear about a major sophisticated marketer announcing a large investment in Facebook, that would be a sign that it’s a meaningful digital property to invest in,” he said. “But they’re not there yet.”
Analysts also think Facebook will face difficulties deriving revenue from the growing number of Facebook users who access the site using mobile devices, through which Facebook derives much less advertising revenue than through a desktop PC. Facebook rivals Google and Apple currently dominate the mobile arena.
Facebook also faces stiff competition online from entrenched Internet players such as Google, Enderle said, and it faces the prospect of “becoming another Yahoo.”
The search company created Yahoo Groups to build communities online, and that service should have become MySpace and Facebook, but Yahoo took its eye of the ball and decided to compete with Google instead, Enderle explained. Yahoo lost that battle and has seen its dominance eroded in recent years by Google and the advent of social media sites, led by Facebook.
“If Facebook doesn’t do something to get the value to advertisers up, and to improve the value users get from Facebook, they could become another Yahoo, or a shadow of their former self,” he said.
“The reality is [Facebook] is not in the social networking business, it’s in the advertising business, and not developing skills in the area that makes you money is just silly,” Enderle added.
Reuters contributed to this report.
Visit msnbc.com for breaking news, world news, and news about the economy
Posted by HBCUX at 4:29 AM