HBCU “Equality Lawsuit” Far From Over 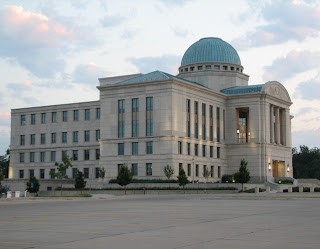 UPDATED June 25, 2012
By HBCUbuzz.com
Both sides locked in a battle over proper funding for Maryland’s historical black institutions (HBI) have retreated to their corners to regroup and prepare for the next phase of the case.
Lawyers for the Coalition for Equity and Excellence in Maryland Higher Education Inc., the plaintiff, and the Maryland Higher Education Commission (MHEC), the defendant, submitted conclusions of law on June 6.
“The state is reviewing documents from the plaintiff’s side and the plaintiffs are reviewing documents from the defendant’s side,” said Dr. Earl S. Richardson, president of Morgan State University from 1984 to 2010.
“It appears that the case is continuing on schedule and we hope that the lawyers on the plaintiff’s side are persuasive enough in their arguments to convince the judge of the merit of this case.”
The legal representation for both the Coalition and MHEC will have until July 13 to respond to each other’s submissions. Final oral arguments will be heard Oct. 19 of this year.
“The submissions are the first thing we’ve done since the case ended in February,”
said Kenneth Thompson of Venable LLP, lawyers representing the Maryland Higher Education Commission. “We have to file what we call replies, or rebuttals, this summer and we have closing arguments scheduled for Oct. 19.”
The State’s defense opens summary of conclusion by stating “nothing in the Constitution or in federal law requires that the State provide HBIs with the enhanced funding plaintiffs seek.”
“Plaintiffs’ filing included testimony from the four HBCU presidents about the conditions at the HBCUs, including inadequate libraries, science labs, IT infrastructure, faculty salaries, financial aid and overall resources,” said Michael D. Jones, legal representative for the Coalition.
“The plaintiffs’ filing also focused on Maryland’s 2000 Agreement with the Office of Civil Rights where Maryland agreed to enhance the HBCUs to the point that they could compete with the Traditionally White Institutions.”
The State’s defense opens its summary of conclusion by stating “nothing in the Constitution or in federal law requires that the State provide HBIs with the enhanced funding plaintiffs seek.”
The document numbers 103 pages and gives numerous examples of students who graduated from alleged substandard conditions at historical black colleges and universities (HBCU) and later excelled.
The State’s submission also says that forced compensation for past unsavory classroom conditions heard in alumni testimony would be unjust because no “discrete personal injury” occurred.
“If merely showing past inequities were enough to trigger present-day remedies, there would have been no need for a trial in this case,” said the defense in its submission. “The question this court must answer in its threshold inquiry is whether current policies or practices are traceable to the de jure era.”
The document also argues the alumni testimonies heard throughout the trial about give no reason to award a judgment to schools today because students now learn in different settings unknown to alumni.
A decision in the landmark trial is expected from Judge Catherine C. Blake of the U.S. District Court after both sides give their rebuttal by July 13 and deliver oral arguments in October.
The case was originally filed in October of 2006, but took years to reach the trial phase that began on Jan. 3
.
Alumni and current students from Bowie State University (BSU), Coppin State University (CSU), Morgan State University (MSU) and University of Maryland Eastern Shore (UMES), the four HBCUs that filed the case, packed the court house for days to show support.
The institutions allege that by providing better funding and facilities to white schools and allowing the duplication of HBCUs specialty programs, the state of Maryland continued to perpetuate a system of de facto segregation, or segregation enforced by human behavior instead of law.
The HBCUs are asking the state for $2.1 billion in damages to help pay for upgrades and repairs to campuses. Referenced from AFRO

HBCU Buzz News from Students, Faculty, & Friends from the HBCU Community.
Posted by HBCUX at 10:42 AM