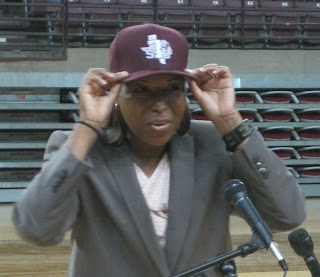 Cooper-Dyke, who is no stranger to the Houston area, was a member of the former WNBA Houston Comets team that captured four championship titles and four finals MVP trophies decided it was time to return home to rebuild the Texas Southern women’s basketball program.

“This is huge,” Cooper-Dyke said.  “To be back in Houston and to be working with Dr. McClelland again and I just want to thank our president Dr. Rudley and the board of regents for giving me this opportunity and approving my contract. I am going to put in 1000 percent to turn this program around from the beginning.”

Cooper-Dyke, known globally as a winner throughout her basketball and coaching career, resigned from North Carolina-Wilmington this season.

Prior to her stint at North Carolina-Wilmington, Cooper-Dyke’s coaching career started in the Southwestern Athletic Conference (SWAC) at Prairie View A&M from 2005-10.

Where Cooper-Dyke turned around the Panthers program from the start capturing three straight conference titles and two post-season NCAA appearances finishing with a 85-72 record.

At the age of 49 years old and having a lot of recent coaching success comes new challenges for Cooper-Dyke’s legacy.

Which Cooper-Dyke understands the new challenges at hand and how to overcome these obstacles at Texas Southern.

“Bring a winning mentality,” Cooper-Dyke said.  “I think part of winning is having that swag, having the mentality, that walk about yourself, and the way you practice and approach the game.  I want to bring that passion, vision, and energy to Texas Southern basketball program.”

The Tigers finished the 2011-12 season 5-26 overall and 2-16 in the SWAC
and will need that winning mentality next season only returning 10 freshmen and adding three junior college transfers to the team.

Dr. Charles McClelland, who was named Texas Southern University’s Director of Athletics in April 2008, understands and loves the fact that Cooper-Dyke will rebound the women’s basketball program and elevate her player’s graduation rate percentage.

“Academics are essential,” Cooper-Dyke said.  “The only way you can really success in life is to have your degree.  So everything we do on the basketball court is directly related to them being success in life. It is very important that we put that out in the forefront that you are here to get your degree first and everything else comes after that.” 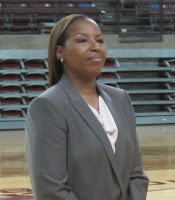 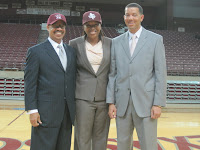 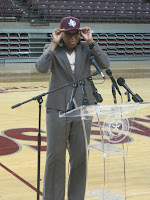