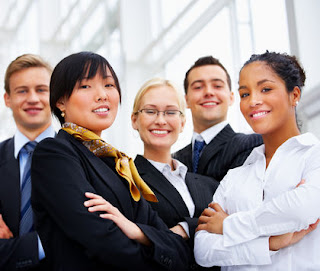 UPDATED June 4, 2012
BY MSN.COM Writers
If you want to get a job in this economy, it's becoming increasingly clear that you better also be thinking about getting an education beyond just a high school degree.
The government reported Friday that the unemployment rate for college graduates fell slightly in May, to 3.9 percent from 4 percent a month earlier.
For people with just a high school degree, the unemployment rate increased to 8.1 percent, from 7.9 percent a month earlier.
The overall unemployment rate was 8.2 percent in May, the Bureau of Labor Statistics said. That reflects even higher rates of unemployment among those who don’t even have a high school degree.
In general, it’s long been the case that people with a college degree have an easier time finding a job, and make more money, than those who have just a high school degree. But in the past year or so, as the job market has improved slowly and in fits and starts, the gap between education levels has become especially stark.
That’s a trend that experts expect to continue as the job market increasingly comes to rely on more skilled workers and has fewer options for people with just a high school degree.
“We’re not creating jobs in that arena, period,” said Diane Swonk, chief economist at MesirowFinancial.
The number of college graduates who are employed increased by about 1.5 million in the past year, to nearly 46.4 million people as of May, according to the Bureau of Labor Statistics.
The number of people who just have a high school degree and are employed has actually fallen very slightly, to 33.9 million people, the government datashows.
The trends in the employment data aren’t surprising to Jack Downing, a managing partner with the job placement firm MRINetwork WorldBridge Partners.
In the past six months or so, Downing said he’s started to see such high demand for college graduates, particularly in fields such as engineering and information technology, that some candidates are fielding multiple job offers.
That’s a situation he said he and his partners hadn’t encountered in three years, and that is catching picky employers off guard.
On the other hand, Downing said, he’s finding that the job search is much tougher for people with just a high school degree, particularly if they’ve had a long bout of unemployment and may face the perception that their skills and experience are out of date.
Downing said one problem for people without an advanced education is that low-skilled jobs are increasingly moving overseas or being consolidated.
Another issue is that employers are increasingly asking for candidates with a college degree even for jobs that might once not have had that requirement.
“They have an option now, so they’re going to take somebody with a college education over somebody that’s not (got a degree),” Downing said. “It shows a commitment to themselves. It shows that they can learn, and most likely are going to be committed to career development.”
Downing doesn’t expect the preference for more educated workers to change, even if the economy starts to improve more quickly and more jobs become available.
Still, college isn’t for everyone, and Swonk said the changing job market does have options for people who don’t want to get a four-year degree. She said there is high demand for people who have done certain shorter-term, specialized training in trades like welding, or in fields such as aerospace.
The key is making sure you get trained in a field where there is demand for workers.
“You need, minimally, some kind of an education to get a job,” she said. “The question is, are you getting the right education?”
The unemployment rate for people with some college or an associate’s degree was 7.9 percent in May, slightly lower than for people with less education.
Of course, in this economy even people with a college degree are finding the job market difficult, and that’s particularly true if they are fresh out of college. The unemployment for younger workers is generally higher than for older workers, and many are struggling with high student loan debt loads.
Do you think it's possible to get a good job with just a high school degree these days?