Watch What You Eat A Lesson On Ingestion 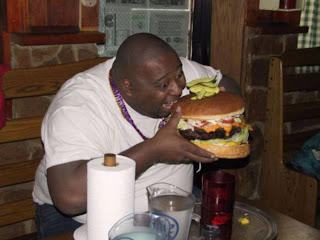 OK, I don’t do this often, because I genuinely like to let things play out before I weigh in. I guess you can say that I don’t like to “jump the gun.” However, recently, some occurrences have come to be and I HAVE to say something about it, offer a spin, and try to develop something sensible and positive about even a pretty terrible situation. WHAT IN THE HECK IS WRONG WITH THESE FOLK WHO ARE EATING OTHER FOLKS?!?!  I saw, in the news, where two guys had eaten other human beings – straight up, cannibalism! Are you kidding me? Maybe I missed the memo on what one should and should not consider ingesting.  Well, it got me to thinking about what it means to see something, take in something, ingest something, eat something. And, what I came up with is that we all better watch what we eat!

I try my best to stay on topic when I write anything, but in this essay, stick with me, because I may be all over the place because the subject matter is so vile, so pernicious, so heinous, so egregious, so filled with impossibility and of an unbelievable nature.  Eating is what we do to nourish ourselves. We also have to take in other things in order to survive, such as water (which makes up over 50% of our body), exercise (or we suffer from atrophy), books (or we suffer from dementia) and love and affection (or we shrivel up from lack of love) amongst other things that we need to survive. When we eat something, there are customs and norms and practices and acceptable behaviors, so we are taught that we should eat fruits, vegetables, maybe some starch, maybe some meat or fish or poultry, but not each other. This screams of some other things that MUST be going on or have been going on with these two recent incidents, as well as the guys who committed the acts.  I don’t think any restaurants will soon put humans on the menu, but given this latest incident, we all better watch what we eat.

Even though we are becoming more health-conscious, as a society, people do eat some interesting things. I am as close to a mea, potatoes and veggies kind of guy as they come. These days, it is less meat and more chicken and turkey, but the point is that I am not very experimental when it comes to the things that I eat. I am probably in the minority in this instance. With the melding of society and people from different cultures, certain things have become more common and acceptable as far as what is editable. As far as the more “exotic” things that are eaten, there is a bug eating festival that takes place in North Carolina every year. In San Francisco, people eat salmon candy. When I checked out crazy things that people eat on the internet, I saw in China where people eat lizards, fried scorpions, and some other “unmentionables.” Well, many people say “don’t knock it, ‘til you try it,” but there are some things I can look at and KNOW that it would turn my stomach. So, I, for sure, will be watching what I eat.

I have encountered a lot of things, a lot of people, thus a lot of sayings. Both of my parents were quote machines. I won’t list them here in this essay, as I have in the past, but as I was writing this essay, one quote came to my mind that my mother repeated fairly often. I have heard variations on this theme, but my mother often said, “everything good to you ain’t good for you.” This could be applied to a lot of areas of life, but none more poignant and applicable than eating. The tastes of various foods are part look, smell, words and descriptions that others have spoken about the food and in the end, how it hits your taste buds. Some things go down REAL nice and easy and seemingly good and tasty. However, some of those same food items and seemingly good tasting stuff can have an after taste, linger in your mouth, cause a stomach ache or make you sick as a dog in the ensuing days. My mother was generally referring to when I would come home after meeting a lovely young lady, thinking that I had found the woman of my dreams and think that I was in love (or, as some would say, lust). That can also be the case when you think that you have found a great opportunity with a business or career choice, only to be a sham of a product or company. Many other such situations exist like buying some clothes, only to have a defective fabric. All of these represent something that seems to be good TO you, but not necessarily the case, as in being not good FOR you.

Who judges the good and the bad things to take in any way? Who are the eating or ingestion cops? What are their sensitivities?  Each generation stretches the bounds of decency and decorum. I don’t know what to attribute it to, other than the often held opinion that we are “going to hell in a hand-basket.” I have a friend that swears that things like this mean the world is coming to an end. I was quick to point a couple of incidents that were previously, sort of unprecedented, such as Charles Manson murder spree, the inability sometimes to distinguish the difference between summer and winter, the killing of a President (Lincoln and Kennedy),  various hurricanes, tornadoes, etc. What I also told her is that if one’s mind can conceive it, then you can achieve it, meaning that people’s thoughts can be as varied as the people themselves. I pointed out people like Stephen King and Tom Clancy and that the bounds just keep on spreading and expanding, so you just have to be careful how you conduct yourself, watch your back and implicitly, watch what you ingest or take in

This same friend alluded to the fact that she may have had a rather sheltered background and upbringing. She was not exposed to some things because her mother wanted to shield and shelter her from some of the bad that is in this world. I can feel (or understand) that, but that is a double edged sword, because when you finally are confronted with different situations, the later you encounter them, the more shocked and traumatized you may be.  In short, it’s tricky. People, particular children, need to ingest good stuff in order to be good big people. I have a copy of a poem that I keep in full view for my daughters. It’s called “Children Learn What They Live” by Dorothy Law Nolte, PhD. In the poem, she notes several actions and reactions, which in effect suggest that you “are what you eat.” Some of the nuggets include the following:

If children live with shame, they learn to feel guilty.

If children live with encouragement, they learn confidence.

If children live with tolerance, they learn patience.

If children live with praise, they learn appreciation.

One of the reasons why people do things like the recent incident of cannibalism is that people are tired, frustrated, and at wits’ end. I know they are. They are prepared to do unthinkable things. They are desperate and probably don’t care what the outcome of their actions are, because they are not desirous of going on, or living from one day to the next. Couple the immediate aforementioned with the FCC (Federal Communications Committee) letting more and more things come across our airwaves. And, maybe the FCC can’t stop it because it comes from everywhere and at break neck speeds. There are so many ways for content to be produced and put out. It’s almost like when a leak springs and you fill one leak and another one springs.  Everything gets wet. Well, with everything that comes out, gets eaten or ingested and people are prepared and will do anything.  If you have all this stuff around you, it’s almost impossible to watch what you eat. And, as mentioned, you are what you eat and you do what you take in, EVENTUALLY!

It is almost impossible to watch everything you take in. We have all run into situations where we are startled and surprised by something that seems to appear out of nowhere.  You ever had a deer run across the street while you’re driving? You ever left the  room while a nice wholesome program was on the television, only to come back and have some lewd and unsuitable show come on? How about going somewhere and having someone put something in your food or drink when you walk away? Or, you look at a menu and you think that you are ordering one thing that was prepared another way at another restaurant and this particular restaurant prepares it different and you eat something that you either don’t like or that doesn’t like you, as in being allergic. Well, what I am asking and suggesting is that we all try to control what we can and do as much digging as possible, because people can and will try to feed you just about anything, so you better watch what you eat!