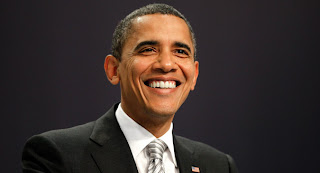 During the National Urban League’s annual convention in New Orleans, La., President Obama delivered a speech that could be a significant turning point for local HBCUs, Morgan and Coppin State University, who are suffering tremendously from low retention rates.
In a crowd of approximately 3,700 supporters, Obama proposed his new executive order, which seeks to improve educational achievement for African Americans at all levels. Referred to as the “White House Initiative on Educational Excellence for African Americans,” the new order will combine with federal agencies and partnerships nationwide to create a more efficient variety of educational programs available for African American students.
To enable the accessibility of these programs, President Obama has allocated funds within the federal budget to compensate for the resources needed to initiate the order. Obama explained in his speech, “A higher education in a 21st century cannot be a luxury. It is a vital necessity that every American should be able to afford.”
n his speech, Obama highlighted the discrepancies between dropout rates for African American students and the dropout rates of other students nationwide. He noted 8 percent of African American students, between the ages of 16 to 25, drop out from college. The impact is evident in the 14.4 percent rate of unemployed African Americans, which exceeds the national percent rate of 8.2 unemployed Americans.
Likewise, Morgan and Coppin State University mirror these tragic retention rates. With Morgan State reaching an 11 percent graduation rate in a four-year span and Coppin State just at 5 percent, the need for such a reform in African American students is more prevalent than before.
With respect to his initiative, Obama has diagnosed the low retention rate as a myriad of issues, some of which include the expensive costs and the lack of preparatory materials for higher education. He noted the new initiative will exist so, “every child has greater access to a complete and competitive education from the time they’re born all through the time they get a career.”
The Department of Education, the Executive Office, and other cabinet agencies are identifying effective education practices and will incorporate them into the new programs. Once the budget is established for each program, Obama will then officiate the new White House Initiative. Referenced From Examiner
Tags: education initiative, HBCU, obama