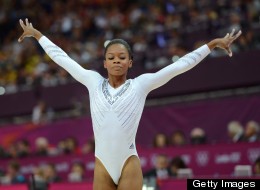 UPDATED August 21, 2012
BY: www.huffingtonpost.com
Two-time Olympic gold medalist Gabrielle Douglas isn't on the verge of committing to Spelman College -- at least not to the president's knowledge.
TMZ reported that 17-year-old Gabby was being heavily recruited by Spelman College's president, Dr. Beverly Daniel Tatum. The report featured a photo of Douglas holding a Spelman College swag bag. The report and photo went viral. "Vampire Diaries" star Nina Dobrev tweeted to say she'd give Douglas a personal tour of Atlanta, where the prestigious and historically black women's college is located.
The swag bag was real, but during a phone interview with The Huffington Post, Tatum set the record straight on the reports she was in London recruiting Douglas: They're false. The two women never even met each other. And Tatum's decision to see the Olympics in London "had nothing to do with Gabby."
Tatum said she brought the bag -- which contained a Spelman T-shirt and a CD with a track written by a Spelman student called "The Choice to Change the World" -- on the suggestion of a Twitter follower after Tatum had mused about how nice it would be to meet the star athlete.
As for how the bag reached Douglas, that happened courtesy of Helen Smith Price, a friend of Tatum's and a 1979 Spelman graduate. Before Tatum left London, Price mentioned that she would be meeting the gymnast. Although security constraints prevented Tatum from coming along, Tatum asked Price to deliver the Spelman gift bag. She complied, and that's when the photo of Douglas holding the bag was taken.
"I don't really know anything about Gabby other than she won a gold medal," said Tatum. "Any young person with the drive and discipline required to achieve world-class excellence is likely to have what it takes to be successful in college."
Also inside the bag was a note of congratulations to Douglas from Tatum.
"In my note, I told her how proud so many of us are at Spelman College of her achievement," Tatum said. "I said, 'We don't have a gymnastics team at our college, but when you look at colleges I hope you'll look at Spelman.'"
"I was pleased to know that our note of congratulations was delivered," she added.