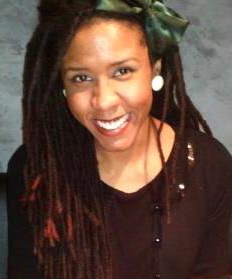 UPDATED August 21,2012
By HBCUDigest.com Filed in North Carolina, Winston-Salem State University
All the cool schools are going global. Just ask North Carolina’s Winston-Salem State University. Winston-Salem State inked a deal with the Hubei University of Chinese Medicine. The Journal of Blacks in Higher Educationrecently reported their partnership, which will send Hubei University students to North Carolina beginning in fall 2014.
The universities are establishing a dual degree program. As a result, the Chinese students will complete their bachelor’s degrees in nursing at Winston-Salem. While Winston-Salem will welcome Hubei students in upcoming years, other HBCUs are engaging the global community through foreign exchange programs, and with funds from The U.S. Department of Education.
In 2011 the education department awarded the American Council on Education (ACE) a grant to increase global opportunities at HBCUs. Seven HBCUs were chosen: Dillard University, Howard University, Lincoln University of Missouri, North Carolina A&T University, Savannah State University, Tuskegee University and Virginia State University.
ACE President Molly Corbett Broad explained the need for globalization to keep HBCUs competitive market forces.
“If we don’t better prepare our graduates to join the global workforce here in the 21st century, we’re in danger of falling behind. That is why the Department of Education’s support for this effort and the work of these institutions is so critical,” Corbett Broad said.
These programs take many forms.  Whether bolstering STEM contributions or liberal arts fields of study, connecting students of diverse backgrounds is mutually beneficial. Students from international universities become exposed to the diverse practices and pedagogies of historically black institutions. HBCU students gain real-time academic and social knowledge from students of different nationalities. HBCU students also travel and experience immersion in other countries and cultures.
One should note that many HBCUs boast sizable international student populations. But, students who are not only from other countries, but also other universities can bring and learn different ideas through HBCUs, just as HBCU students can and do bring value to international schools.
With technology flattening relationships in unparalleled ways and fostering international interest in the politics, academics and lifestyles of various cultures, the upcoming Winston-Salem opportunity highlights a need for nation and friend building across the world.
Who better to foster these relationships than college students, noted for openness, studiousness and social ubiquity, ahem, red-cup crunk? Statistical gains will undoubtedly be experienced, but human moments of vulnerability, exposure and expression can remind us that we are more alike than different.
I befriended a foreign exchange student in my department while studying atGrambling State University. An Egyptian native, she gave me an unapologetic Mediterranean perspective of the United States, renewed respect for Islam as she participated in Ramadan during sweltering bayou heat, and lots of laughs as we reflected on our intersecting experiences in Louisiana.
She was impressed that African Americans embrace and possess Arabic names. Mine is Swahili and Arabic. The offspring of conscious HBCU grads, I told her about Kwanzaa and the seventh day being Imani.
After she returned to Cairo, Arab Spring was in full swing. Suddenly a global issue hit home. It was more than documentaries, disappearing Middle Eastern tweets and dinnertime news spots. Was she ok?
It often takes personal connections for people to move from a theoretical understanding of international issues to the goose-bumpy realization that the ones we hold dear could become oppressive regimes’ collateral damage.
Thankfully my friend and her family were fine, but had Grambling not reached an international agreement for her to study there, Arab Spring would not have resounded nearly as clearly.
The United States needs other countries. And students need opportunities to contribute to and benefit from global exchanges.
As healthcare remains politicized and necessary, the possibilities of Winston-Sale’s partnership with Hubei University are limitless. The universities will not only contribute to both communities, but also add value to a very human and needed field, health care. Bring on ’14.
Digest Columnist Imani Jackson is a FAMU College of Law student. A Grambling State University journalism graduate, she was editor-in-chief of The Gramblinite newspaper and a radio talk show host for KGRM 91.5. Her writing has been published in Politic365, Black College Wire, Clutch Magazine, and The Daily American in Somerset, Pa.
Posted by HBCUX at 7:40 AM