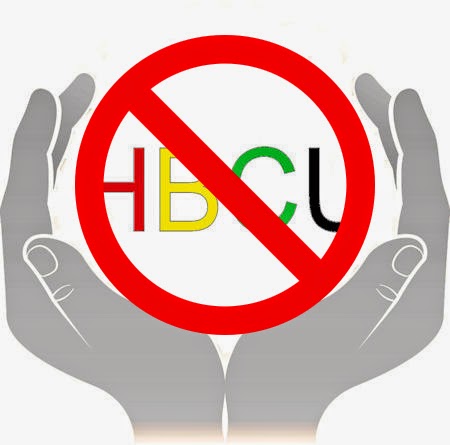 Recently, historically black colleges and universities got a much-needed lift from an unlikely source.

“Empire” star Taraji P. Henson revealed in a magazine interview that she decided to send her 20-year-old son to Howard University after police at the University of Southern California racially profiled him.

In response to the allegations, the chief of security for USC issued a statement saying “he was deeply disturbed” that Henson’s son felt “profiled because of his race,” the Associated Press reported.

After several violent incidents involving white police officers and young black males, it isn’t surprising that the racial tension has made its way to college campuses.

Last week, Virginia Department of Alcohol Control officers slammed Chicagoan Martese Johnson, a black University of Virginia honor student, face down on the pavement after he was turned away from a bar.

Such incidents are likely to cause some students to give HBCU a second look.

That’s why Maiesha Rose, the mother of a senior at Chicago Bulls College Prep, is appalled by the way her son was treated after he decided he wanted to attend an HBCU.

“I am a graduate of an HBCU, and my son was told that he could not apply to an HBCU until he applied to other schools,” said Rose, a City of Chicago employee.

“When I asked why, the initial response was HBCUs don’t give enough money,” she said.

Chicago Bulls College Prep, a Noble Network Charter School, opened on the West Side in 2009.

Constance Brewer, chief external affairs officer for Noble, said staff members do not make judgments based on whether a college is an HBCU, private, public or religious institution.


“We use data to help parents make choices, but it is up to the parents in consultation with their child to choose which path is right for them,” she said.

Brewer claims that out of 572 African-American seniors attending Noble schools, 40 percent have applied to at least one HBCU.

Students are expected to apply at “match” schools — schools that match the student’s GPA and ACT scores; a “safety” school — one that the student will definitely get in; and a “reach” school — a school that is just above the student’s stats.

Rose said no HBCU was listed in any category, and she had a difficult time getting an official transcript so her son could apply to an HBCU on his own.

“They kept giving me the runaround. I had to go up there and almost threaten them to get a transcript,” she said.

According to Rose, her son was repeatedly told an HBCU would not be a “good fit.”

After Rose made arrangements for her son to attend Langston University in Oklahoma, her alma mater, he was accepted at Morehouse in Atlanta.

“I think it is a bad policy. The students should have the freedom to apply wherever they want to apply if the parents and students make a choice to attend a certain school,” Rose said.

In recent years, the 105 historically black colleges have actively recruited non-black students because of a drop in enrollment.

The shift means more HBCUs are serving a diverse student population, something that could bring greater resources to these cash-strapped schools.

If Chicago Bulls College Prep officials aren’t including HBCUs as real options, they’re short-changing these students.
Posted by PSC at 8:40 AM