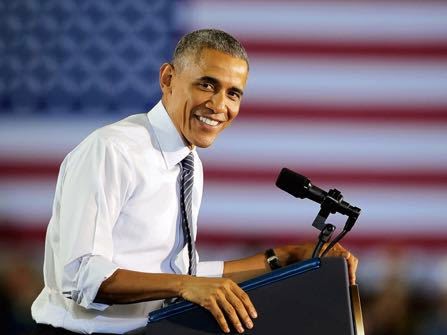 WASHINGTON (AP) — President Barack Obama is kicking off a weekend commemoration 50 years since the pivotal Selma-to-Montgomery civil rights marches in Alabama with a town hall meeting at a historically black college in South Carolina.
Obama’s visit to Benedict College in Columbia comes in his first trip to South Carolina as president. The White House says Obama plans to speak about efforts young people made throughout history to expand opportunity.
The South Carolina trip comes on the eve of Obama’s plans to visit Selma. He plans to speak from the Edmund Pettus Bridge, 50 years to the day after white police officers beat civil rights protesters in 1965.
Obama has just two other states to reach his goal of traveling to all 50 as president — South Dakota and Utah.
Posted by PSC at 8:14 AM