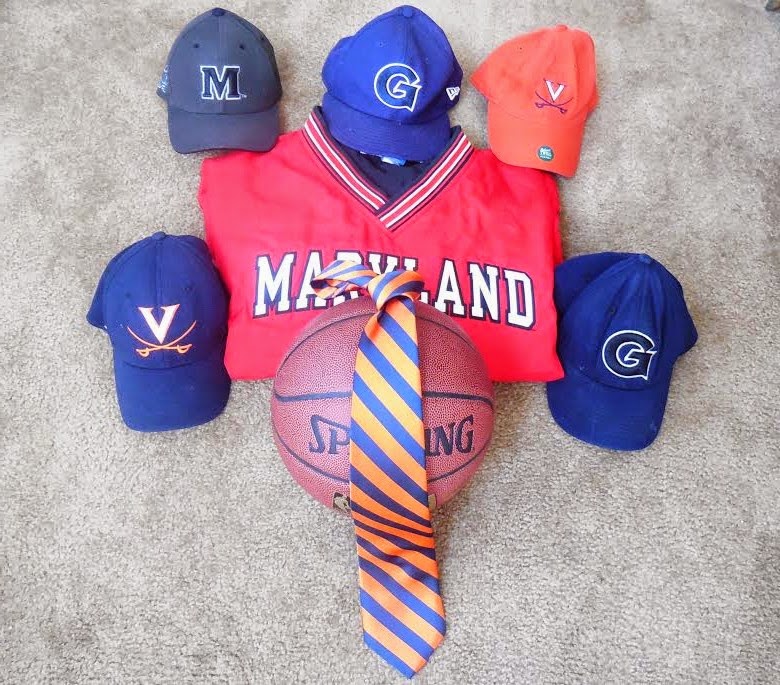 On a recent Sunday morning, I happened to be watching Sportscenter, not an unusual activity for me on any morning. Remember, I generally watch news and sports, news and sports. One of the stories that grabbed my attention was when I saw that Tommy Amaker had coached his team to their fourth Ivy League championship and were going to be playing in the NCAA tournament. Then I saw that Bobby Hurley's Buffalo team was going to the NCAA tournament, as well. They, along with several others, Johnny Dawkins (Stanford) and Chris Collins (Northwestern) and Quinn Snyder (formerly of Missouri and currently of the Milwaukee Bucks) are graduates of the Duke University basketball program coached by Mike Krzysewski, better known as Coach K. The day before I had seen a video about a concept called "The Butterfly Effect" which states that all actions that are committed have an effect on other things, both distant and up close. While a bit different, it reminded of the theory of motion, which states that an object in motion will stay in motion unless acted upon by an unbalanced force. Well, in thinking about Coach K, I thought about the guys that he was able to have an effect on under his tutelage, thus the concept of The Butterfly Effect and Coaching.

On the particular day that I was shown a video of the Butterfly Effect, my head was in another place. It's a good thing that I am curious and a seeker of knowledge. This is relevant because I was not always that way. I wasted SO MUCH time as a younger person as a not so serious student that, as I have gotten older, it has given me an incredible thirst for good stuff - data, facts, tidbits of information and knowledge - wherever I can find it. Watching the video about the butterfly effect went a long way in satisfying that thirst. To give a synopsis, even though I have enclosed the video, the gentleman, Andy Andrews said, technically, that The Butterfly Effect is The Law Of Sensitive Dependence Upon Initial Conditions. Less technically, he said that a butterfly can flap his wings and a hurricane can be started thousands of miles away by that same butterfly flapping his wings. His video was also a great history lesson about how George Washington Carver developed his interest in farming and may have contributed to a scientific and agricultural discovery that saved, literally, billions of people.

While he gave a great example and I got the concept, my curiosity caused me to do a bit more digging about this Butterfly Effect and how it relates to various things. And, as mentioned, when I thought about how an inordinate amount of coaches, administrators and basketball people got their start from attending Duke and playing in their program, I saw a connection. As the video spells out, you never know where something started and while I attribute the careers of Johnny Dawkins, Tommy Amaker, and Bobby Hurley and even Mike Brey of Notre Dame, who coached under Coach K, it might have been Bobby Knight who gave Krzysewski his start or was it the guy who gave Knight his start? Or, was it Mike Krzysewski’s high school coach who started it all. We never know, but we can look at the tree and go back and try to see exactly who flapped their wings first.

Many people who are sports lovers like me have seen the situation where there are many coaches that have learned their craft from one of the greats. For instance, Bill Belichick has turned out to be one of the best coaches of all-time. However, he learned much of his craft from Bill Parcels. But, Parcels learned from Ray Perkins. There is another great example of coaches flapping their wings or in the parlance of coaching, “the coaching trees.” Bill Walsh has been able to create an UNBELIEVABLE coaching tree. As a result of his wings, you have the aforementioned Belichick, Tom Coughlin, Sean Payton and Tony Sparano, three of whom have won SuperBowls. Right here is DC, there are innumerable people who learned basketball from Morgan Wootten’s basketball camp and have spent a lifetime in basketball, coaching and doing all kinds of other things in the sport. Derek Whittenburg, Sidney Lowe, Adrian Branch, Ronnie Everhart, Carlton Valentine and even his son, Joe Wootten all come to mind, involving themselves in the game of basketball one way or the other. Since we’re talking about longs lines and lineages that are closely related to flapping one’s wings, you have to think about Coach Eddie Robinson of Grambling who sent scores of young men into the NFL and life better prepared for success. This is often done in business, teaching, and definitely politics. All one has to do is look at the Kennedys and know that Joe Kennedy had long and powerful wings, enough to be the driving force for an entire family to go into politics and public service.

Yet another of the key points and principles that this laid out for me was that all things matter. It matters how you talk to people. It matters who you associate with. It matters that you do good and put goodness out to the world. It matters how we treat our fellow man. It matters the kinds of things that you teach your children, the kinds of lessons you give to all young people or old people, as well. And, as the subject of this essay suggests, it matters how you coach a team and build those teams, because if the lessons are given properly and well enough, you have an opportunity to spawn a long list of folks who want to do what you do and have some of the same kind of success. In short, everybody matters - whether in the barber shop or the pool hall or the halls of Congress or some other high falutin’ place to the coat check person or the shoe shine guy or gal to you. The Butterfly Effect is ALWAYS present.

Personally, I think I have lived the butterfly effect for much of my life. Somewhere, somehow, it was planted in me to help others. Maybe, it was seeing my mother help countless people. Maybe, it was seeing my uncle serve the city he was born in, even after forgoing a lucrative career as a marketing representative at a growing IBM. Maybe, it was hearing Martin Luther King say, what I have come to know as biblical, "he who is greatest amongst you, will be your servant." As a result, I am not sure why I feel the need to help and serve others, but somewhere deep down inside, maybe it was the butterfly effect and feeling that something that I can do can have the effect on lives, perhaps, being changed for the better. All I have to do, as we all must do is flap our wings for the good of this world and let’s see what we can effect.

Below you will find several examples of someone either flapping their wings or providing an example of inspiration for someone to be someone or build something or improve upon something. All represent variations of “The Butterfly Effect”:

The most important thing, TO ME, is that we ALL matter and our actions matter. From the guy that runs a company like Marriott to Walmart to General Motors hiring tens of thousands of people to the guy that runs one convenience store who hires 7 to 10 or the newsstand who works by himself, but is the provider of information or the man/drunk on the street corner, we all matter. Given my increased level of spirituality, I have to mention something like giving a hug to someone. We ALL need human touch. And, at my church, my pastor and his brother, the assistant pastor, remind us that somebody may not have had a hug all week. So, the butterfly effect is real and when you do good, it has an effect. It may be immediate and it may not be felt right away, but it can have everlasting consequences. So, as we look at these upcoming games with Harvard and Buffalo and those who didn't make it like Stanford and Northwestern, think about ol' Coach K flapping his wings and the butterfly effect and coaching!